This palm-based climbing plant growing in the rainforest can grow up to 200 meters of vines. It is strong in texture and strong in toughness and is widely used in the manufacture of furniture and mats. Its biggest feature is moisture absorption, natural ventilation, insect proof, physical properties such as not easily deformed and cracked can be equivalent to or exceed the medium and high grade hardwood.

A vine of vines

In furniture filled with plastic, steel, and various metals, have you ever thought about placing such home accessories at home? It is tougher than bamboo, stronger than wood, softer than straw mats, and more fragrant than any cold furniture.

A vinegar is thus integrated into our home life.

Rattan baskets, clothes, red wine or newspapers are smart and light. The original color of beige, plus a layer of matt waterproof paint sprayed on it, not only maintains its own texture, but also is waterproof and insect-resistant. I hope that the flowers will always bloom in the room, just choose a chic rattan vase, exudes a faint pastoral atmosphere, so that the owner's mind is immersed in the sweetness. Lying in a rattan Radar chair (a rotatable chair shaped like a radar), there is only one word that can describe the feeling of being surrounded by rattan: comfortable!

Nature gives the home a gentle inspiration, and rattan is a small part. They are the crafts that are used more and more beautifully. Enjoy these elegant objects at home, the vague vines, it is easy to remind us of the existence and beauty of nature.

In the main production area, almost every household's furnishings are inseparable from the rattan, and the rattan furniture is accompanied by how many generations have passed the usual days. People are accustomed to the cabinets, cabinets, tables, shelves, chairs, stools, tables, beds made of rattan, bamboo, bamboo, etc... The innate wisdom of human beings is unique in the local materials. Local characteristics of life.

In Xishuangbanna, Yunnan, Tengchong, Ruili and other places, whether it is Yi, Hani or Blang, there are one or two pieces of old rattan furniture in their residences. The rattan furniture is integrated into the bamboo house or mushroom room with its natural beauty.

So, when was the first vine entering the furniture field? Why can you love people from ancient times to the present?

Vine is the first non-wood natural resource developed and utilized by human beings, and is also an important forestry product after wood. One of the world's oldest furniture varieties, which was first introduced to Europe in the 17th century by European merchant ships. The baskets of wicked straw found in Egypt date back to 2000 BC. In ancient India and the Philippines, people used vines to make a variety of furniture, or cut the cane into a very thin Flat rattan, braided into various patterns, used as a chair back, as a cabinet door.

In China, during the Wei, Jin, Southern and Northern Dynasties, the rapid collision of cultures and economies among various ethnic groups made bamboo and rattan furniture appear for the first time in history. Armchairs, waist-stool stools, square stools, round cases, cabinets, boxes, etc. It has continued to this day. In the Qing Dynasty, Guangdong and Hainan became the manufacturing hubs for rattan products.

a green vine around the finger

The â€œBaxiangâ€ of the South China Sea in Guangdong Province is the birthplace of the domestic rattan industry. It has been more than 150 years since it was made into rattan products. Before the founding of the People's Republic of China, almost every family made rattan, and there were vines everywhere.

Among them, Shabei Village began to engage in the weaving industry in the last years of the Ming Dynasty. Later, some people returned to Baiteng from Hainan Island, and the villagers began to work as a white rattan handicraft. After the Opium War, the sea ban was first opened, Guangzhou was traded abroad, and the vines entered. At that time, the Indonesians only knew how to use the rattan woven baskets to load the goods. Deng Qianji of the Houkou Village bought the baskets in large quantities and opened them for weaving small vines and rattan pots. The wind of weaving vines gradually spread in Patano, and developed rattan seats, rattan pots, rattan chairs and even rattan furniture. The ingenious Huang Qiren pioneered the first of the cane furniture.

Workers on every workshop line say that vines are eaten by hand. They wore gloves and skillfully embed the roots of the cane. After a while, the rooted canes were arranged in parallel, and the excess rattan was cut off with pliers. When they work, they rarely talk and focus on repeated mechanical movements.

From a raw vine, scraping vine festival, chlorine washing, sulphur smog, vine peeling, playing rattan core... to make a single sitting wicker chair, at least more than 40 processes, in addition to separating the rattan core The cane skin can be semi-mechanized, and the rest of the process can only be done by hand.

The largest Nanhai rattan factory in the country has been exploring the mechanization of manual replacement since the day of its establishment, but it is still impossible to replace the manual until 50 years later.

Sleeping three generations on a rattan

"My family's rattan seat has been passed to me from my mother. It has been more than 40 years since I am still planning to pass it on." He lives in Fenggang, Guangzhou, and 80-year-old Yan Yan said. A rattan chair in his family started to sleep from his mother. It has become smoother over the years. It is cool and sweaty in summer, soft and warm in winter, and has become a family heirloom.

With its cool, comfortable, durable and beautiful features, rattan furniture has been loved by the people in the Pearl River Delta for decades. In the past, almost every household had one or two cane chairs, and it was used for decades. The seats often sleep for three generations.

Everyone knows that mats are most common in the summer. In summer, a mat is placed on the bed, which is cool and comfortable. Why do the rattan seats in the old Yan family come in handy all year round?

There is a misunderstanding of the knowledge of rattan furniture. In fact, the rattan furniture is completely different from the bamboo furniture. The rattan has the characteristics of warm winter and cool summer, which helps to calm the nerves and is good for health.

It is this root vine that grows in the jungle rainforest, and the most famous of them is Indonesia in the equator rainforest. There, there is plenty of sunshine and abundant rain all year round; fertile volcanic ash soil is widely distributed in many islands, creating a strong, full, high-quality rattan.

Original vine is one of the earliest materials used in construction. Rattan can be used to make various utensils and exquisite handicrafts. The vine leaves can cover the farmhouse, the vine can be woven and sneakers, the vine can be a gourmet treasure, and the vine scale pectin can be extracted. Valuable Chinese medicine.

For many years, the vine has penetrated almost every corner of human ancestors and contemporary people's production and life. "After the Qingyue moonlight, the night is half-dreaming for the sound of reading; the vines are wrapped in jade ropes, and the feelings are good for life." People protect the vines and raise the vines, and integrate the reliance on the vines into the emotions and into the poetry.

Hebei Xinteli Hexagonal Wire Netting produced with superior quality of low carbon iron wire, normally galvanized or plastic coated for long life. The mesh is firm in structure and has flat surface. Hexagonal wire netting is extensively used in industrial and agricultural constructions. Also it can be used as fence for poultry cage, fishing, garden, children playground and Christmas decorations. 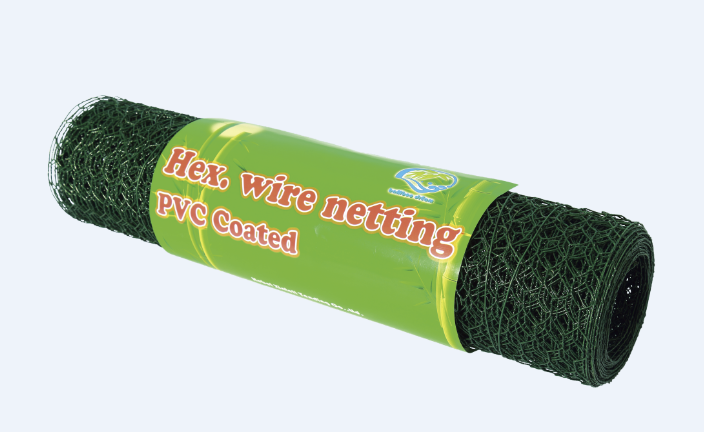 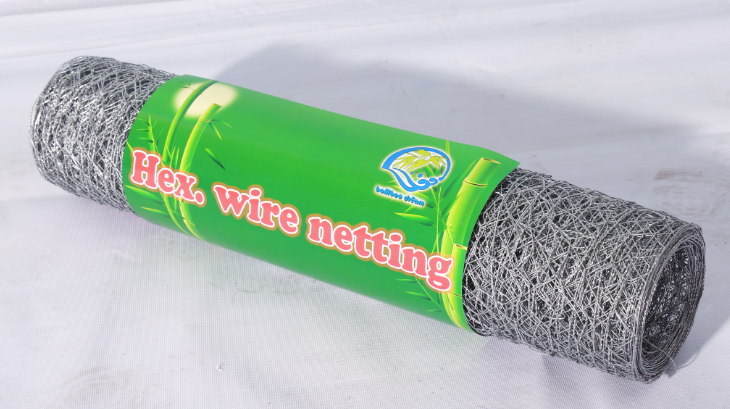