What should you watch out for after an escape? Nowadays, what we know is: use a wet towel to purify your nose and mouth, walk downstairs and touch a line, and stand by the window to call for help...

In recent days, especially after the high-rise fires in London and Hangzhou, a video of a hot circle of friends has aroused heated discussion. In the video, a surnamed Cai firefighter in Taipei said: Wet towels were choked to their noses and mouths and were dead!

In addition, in his speech, the "dead" situation includes the other two: turn to run upstairs and hide in the bathroom. Obviously, this has a lot to do with the escape experience that citizens have received in their lives.

Is it really? Here are answers from senior firefighters.

Is a wet towel useful?

A: It was useful at the beginning and was invalid when violent, but it was better than nothing.

In the video, Cai surnamed firefighters denied the use of wet towels, saying that "experimental evidence shows that they could not stop high temperature and heavy smoke." They also moved to dangerous places because they were looking for towels and placed themselves in danger.

In the previous experience of fire escape, the wet towel was folded three times and folded into eight layers. This should be the most common missionary knowledge. Is it wrong? According to experimental data from professional firefighters, wet towels are definitely effective.

So, why is the wet towel in the video invalid? This argument is correct, because wet towels do not work at high temperatures and smoke, and even gas masks can be irritating. However, in the initial stage of fire, wet towels are necessary escape equipment.

"Obviously, wet towels can effectively reduce the inhalation of harmful smoke, but also reduce the temperature of the inhaled air and prevent the respiratory tract from getting burned." Senior firefighters said that whether the wet towel is effective depends on the specific situation.

As for another argument, it is said that finding a wet towel will delay the escape time. Senior firefighters believe that this reference is also relative. For example, if she is in her own home and knows where towels and water are, she can find them in 10 seconds, and the escape needs 10 seconds or more to go downstairs . I don't know how the fire or smoke is. Then find wet towels. " Do not mistakenly cut the firewood."

Here, the firefighting department once again stated that the use of wet towels to escape from the nose is an approach written in the "Advanced Firefighting Skills ( Practice ) " textbook for advanced firefighting . It is a method for national emergency broadcast promotion, and it is also a poster for the national disaster prevention education in Japan. Guiding practice. Japan is one of the best countries in the world for disaster prevention education. It also uses wet towels as a teaching material.

Can you run up?

A: The camera moves, runs and runs, and can't run away.

The escape of fire in high-rise buildings is a complex subject. Run or not run, run up or down, there is no clear answer, only the direction of guidance: the opportunity to strain.

Jiang Hui fire squadron instructor Liu Huiming has many years of first-line command experience. He had watched this video long ago, and also thought that the statement was too absolute: whether he could run up and see where he was and where he was starting to catch fire.

In this case, do not stay on the adjacent floor, where the temperature may be a few hundred degrees Celsius. For example, when you fled to the 10th floor, you find that the fire point is on the 9th floor. Then you should turn your body to the 12th floor or the 13th floor and find a suitable place to hide.

â€œSome high-rises will have refuge floors every few floors, or some residential building top floors may be able to reach the rooftops. If you are familiar with the path and the distance is close, at this time, run up in the case of physical security. In the past, it was certainly the safest way to save yourself,â€ Liu Huiming said.

At the same time, Liu Huiming also endorsed the video's reference to "close the smoke." After all, smoke is rising so fast that it takes time for the flames to burn. As long as it is not close to the fire floor, closing the door, blocking with a wet towel or cooling with water is feasible.

Can the bathroom hide?

A: There is a window with water, which is a relatively safe place to go

The last sentence in the video "Advice": Do not hide in the bathroom. The reason given is: The plastic bathroom door will melt quickly at high temperatures, and heavy smoke will flow in. People may be trapped in suffocation. "Sit and wait."

"The bathroom can not hide, depends on the specific circumstances, not to generalize." Fire prevention staff Langyuan Park said that if the home is a luxuriously decorated closed bathroom, but also a plastic door, of course, can not hide. Because once the fire spreads into the house, the door will soon be burned and heavy smoke will come in and cause suffocation.

It should be noted that the current common bathroom door material is more, including aluminum alloy doors, steel sheet wood core doors, and even high-grade fire doors... Therefore, simply using plastic doors to represent bathroom doors is certainly biased. of.

According to Lang's example, if it is an open bathroom with a window to the outside world and the door is not made of PVC material, what can we hide? The great advantage of the bathroom is that there is water! The faucet can be opened and the tub can be filled to minimize the ambient temperature and is more secure than hiding in the bedroom or window sill.

At 8 o'clock on the night of June 19 , 2013 , the cotton industry area on Congyuan Road in Zhenhai City caught fire. Ms. Zhu, the owner of the building on the burning floor, calmed down. She unscrewed the faucet in the bathroom and let her 8 -year-old son enter. She also brought in a quilt, soaked in water to block the toilet door to prevent smoke from entering and waited until the fire rescue.

It should be noted that this type of toilet must have a window. First, it is convenient to call for help and alert at the window to facilitate rescue. The second is to use for breathing and smoke exhaust. In many hotels or office buildings, some of the bathrooms are in the middle of the floors and there are no windows. This requires the attention of trapped people.

â€œHide, it is on the premise of no hope of escape. If you can run away, do not hide.â€ Liu Huiming stated that the rapid changes in the fire situation, the change of wind direction, the collapse of houses, flashovers, explosions, etc. will occur. Self-rescue and escape. Master skills, don't be stubborn and risky.

The information in this article comes from the Internet and was reorganized and edited by China Rescue Equipment Network.

The plant support net is made of light and strong extruded polypropylene plastic material, which is UV stabilized and weather resistant. The plasitc net gives support to fast growing crops (beans, peas, tomatoes, cucumbers and) and flowers.


The Plant Support Netting can be used vertically and also horizontally. 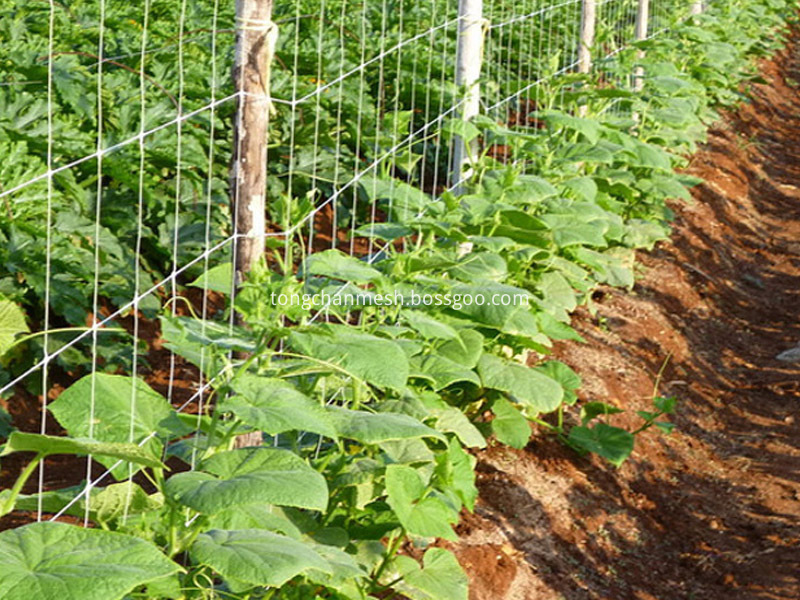 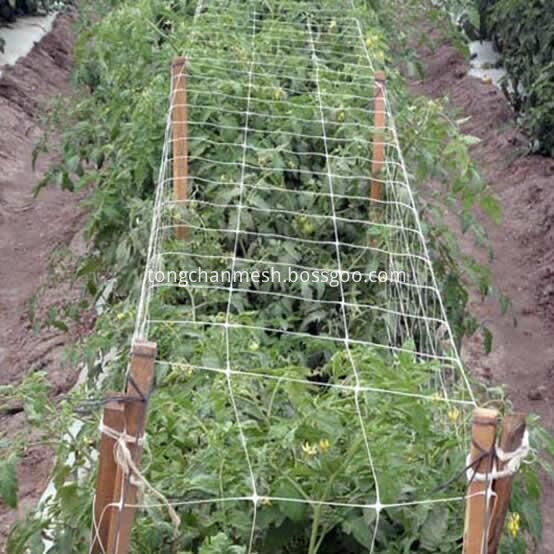